Quantitative Easing III: The Effects of QE on Currency During the COVID-19 Pandemic 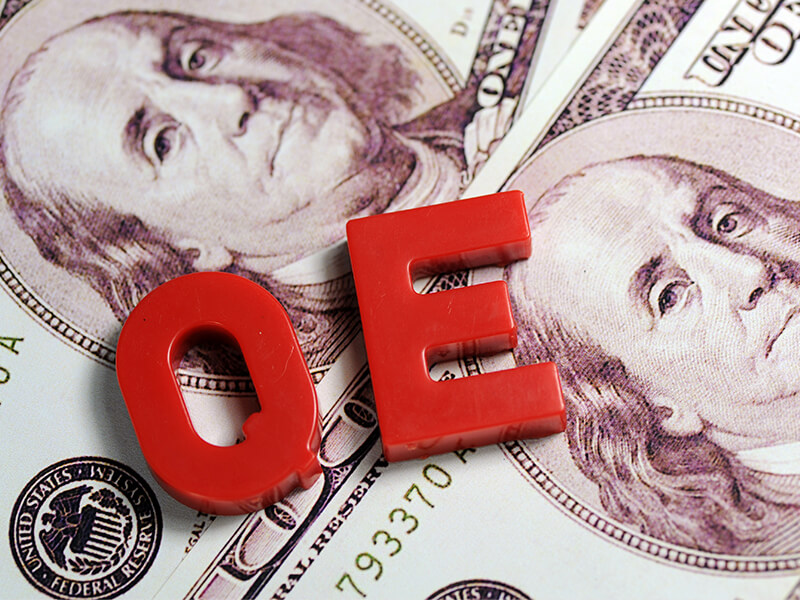 Since the very beginning of the coronavirus that resulted in the COVID-19 pandemic, financial markets across the board have been negatively affected. Between late February and late-March in particular, the virus brought chaos to capital marks. Almost every asset class has suffered extreme volatility, with currency being no exception.

In a bid to combat the ill effects on the various markets and assets, the U.S. Government has rolled out its latest round of QE. However, it is unclear whether the controversial policy will be able to minimize the economic impact.

What is not in doubt is that pursuing a QE approach can definitely have an impact on currency markets. When one country makes the decision to pump funds into its economy, it increases the number of currency units available. This boost in the total number of currency units influences the ratio of the domestic currency to all of the foreign currencies in the market. In normal circumstances, the effect will be to cause depreciation, with the price and purchasing power of the domestic currency dropping in the Forex market, unless other countries also begin to pursue QE.

In the case of the U.S dollar, at the onset of the COVID-19 pandemic, the currency continued to maintain its traditional status as a “safe haven” for investors. In March, the USD Index rallied to a 36-month high, following 10 percent growth against other currencies over the previous two years. Yet, within a few months – as the pandemic began to explode globally – this steady climb and peak was reversed, with the greenback falling 4.4% in July and, by August, an incredible 9% from its mid-March high. This represented a two-year low for the currency, a collapse that may have been at least partially exacerbated by the US government's decision to institute a QE policy, according to some observers.

This is not doom and gloom for everyone. For, while faith in the dollar as a safe bet has been eroded, analysts have predicted that emerging markets may benefit thanks to a reduction in financing expenses for local businesses. Stocks in the U.S. might also do well from a weaker dollar, as it will improve companies' overseas profits in dollar terms.

Any prediction on how things will shape up if and when the virus is finally brought under control will necessarily be based on guesswork. Right now, the volatility shown across markets makes it very hard to foresee what long-term effect COVID-19 will have on currency.

However, indicators suggest that – as with most other assets – the U.S. dollar may continue on its downward trajectory for some time yet. Looking at the macroeconomic picture, with U.S. recording a current account deficit as the eurozone runs a surplus, some experts believe that an overvalued U.S. dollar means devaluation may soon become inevitable. Based on this prognosis, some respected financial advisers have advised investors to go short on the currency in preparation for this scenario.